Prostate Health
The prostate gland is vaguely understood by most guys. For one thing, men just don’t think about their health as much as women do. In all likelihood, this costs men much of the 5 year life- expectancy gap between the genders. The prostate is also a sexual organ, which contributes to the tendency to neglect it. It is the major source of seminal fluid and therefore connected to a man’s sexuality. Unfortunately, Prostate Cancer is the biggest cancer killer of non-smoking men and the second biggest cancer killer overall.

What to do about this fact has become one of the biggest controversies in medicine.
The American Cancer Society (ACS) recommends annual Prostate Specific Antigen (PSA) testing beginning at age 50 (or earlier for African- American men or other men with a family history of early prostate cancer). The PSA is a simple blood test. When cancer is detected it is usually aggressively treated. The ACS website however states that while the risks and harms of such a screening program (and aggressive treatment) are clear, the benefits are not. Many experts in prevention and epidemiology highly doubt that there is much if any benefit. It’s a perplexing story.

Prostate cancer is extremely prevalent. Over 200,000 new cases of Prostate Cancer are diagnosed annually and over 40,000 men will die of prostate cancer in the United States this year (But recall that most cases of prostate cancer are never diagnosed.) Prostate cancer ranks second following lung cancer as the underlying cause of cancer death, accounting for approximately 13% of all cancer mortality and 2.5-3.0% of all deaths among males. African-American men have a greater risk than Caucasians or other ethnic groups in the United States, and have one of the highest rates of Prostate Cancer in the world. Autopsy series have shown that 90% of 90+ year old men have prostate cancer, although, again- most of them never know it.

Overall mortality of prostate cancer is well under 10%, and possibly as low as 1% – 4%. This ambiguity is due to ever increasing rates of detection of Prostate Cancer cases (with PSA testing) that were not diagnosed previously and the fact that most cases of Prostate cancer cases are never detected. The overwhelming majority of men with prostate cancer will die of something else! 98% of men with prostate cancer, who haven’t died of something else, will be alive and well 15 years after diagnosis. The very low aggressiveness and lethality o fProstate cancer is very different from most other cancers, yet – and here is the perplexity again – its extremely high prevalence combined with low mortality still makes it the number one cancer killer of non smoking men. In any case, it’s hard to improve upon 1% – 4% mortality. It means that you have to treat at least 25 – 100 men to prevent 1 death from prostate cancer (if indeed treatment has some efficacy, which is not clear). For men with localized prostate cancer, “acceptable” treatment options include radical prostatectomy, radiation therapy, cryotherapy, early androgen-suppression therapy, and watchful waiting. There is substantial risk from most of these approaches.

These are all considered acceptable options because data do not provide clear-cut evidence for the superiority of any 1 treatment. The only RCT comparing surgery to watchful waiting, though of relatively small size and conducted before PSA testing, showed no difference in survival after 23 years of follow-up. Watchful waiting entails regular monitoring of the Prostate Cancer, and treatment only of those few that act more aggressively. In Europe, this is the predominant approach, and their results are similar mortality, but with many fewer side effects and much less cost. Studies of this approach are cautiously favorable. This is clearly the correct approach for older men (>65), but remains controversial for younger men.

There is much more that can be done in prevention and treatment of prostate cancer – by “natural” means. While the “evidence” behind what follows is not truly proof, there is very little down side to eating less red meat, less milk, less white bread, and more fish, more vegetables and some supplements. There is proof that this will lower your risk of heart attack or stoke, and I believe the evidence is strong that it will reduce your risk of Prostate Cancer or reduce the risk of spread if you already have Prostate Cancer.

There is a 30-fold difference in prostate cancer risk observed between nations having the very lowest rates such as China and Japan and those exhibiting the highest risk of prostate cancer such as the economically developed nations of North America, western and northern Europe, and Australia However, the death rate of Prostate Cancer is climbing in Japan. Moreover, when Japanese men migrate to the USA they acquire nearly the same death rates as Americans. These facts point to the likely central role of diet. Here is how you can achieve these important dietary objectives.

The amount and type of fats in the diet may make a large difference in the development and spread of Prostate Cancer. Animal fats – meat and dairy are implicated. Olive and corn oil are not implicated. Cold water ocean fish fats (omega-3 fatty acids) on the other hand are probably protective. Please note that fish can bioaccumulate toxins, which include heavy metals and pesticides. Since world fish stocks are being depleted rapidly, consider some alternatives to fish for obtaining some omega-3 fatty acids. Many people prefer Flax seed oil as a source of Omega-3’s, yet pure flax seed oil has been shown to increase Prostate Cancer risk, but whole flax seeds have a strong anti-prostate cancer factor called Lignan. If you are going to eat Flax Seed Oil, make sure it is high in Lignan. Range fed chicken eggs are a particularly good source of omega-3’s as are Walnuts.

Lycopene reduces the risk of prostate cancer as well as a variety of other cancers and also heart disease! Lycopene is a red-colored carotenoid, of which 85% of our dietary uptake comes from tomato fruit and tomato-based products. The rest comes from watermelon, strawberry, pink grapefruit, guava and papaya. Of the tomato products, juice, ketchup, soup, pizza and spaghetti sauces are the major contributors in the diet.

Taken as a group, Fruit consumption does not reduce the risk of prostate cancer (except for Apples and Watermelon), while Vegetable consumption is significantly associated with a reduction in prostate cancer. Legumes including soy foods or other beans, are inversely related to prostate cancer risk, as is the intake of yellow-orange (carrots, corn and squash) and cruciferous (cabbage, Brussels sprouts, broccoli,cauliflower) vegetables. Onions and tea also reduce risk.

Supplements are probably a good idea. Vitamins and minerals may lower the risk of Prostate Cancer. There is evidence for beta-carotene (pro-Vitamin A), Vitamin C, Vitamin D, Vitamin E, Zinc and Selenium supplementation (among those with low baseline levels). Overall, however, Vegetable consumption is more important. Organic vegetables have more Selenium than conventionally grown.

Lycopene and Selenium may be the best capsulated foods, if you really want a supplement. Lycopene may not only prevent cancer, it has been shown useful in treatment! Lycopene at 25 mg, 2 times daily, for only 3 weeks helped confine Prostate Cancer to the prostate and resulted in smaller tumors. Selenium at 200 ug per day has been shown to reduce the risk of prostate cancer by 63% in 10 years.

24. Tomatoes, Lycopene and Prostate Cancer,” Giovannucci, Edward and Clinton , StevenK., Proceedings of the Society for Experimental Biology and Medicine, 1998;218:129-139. 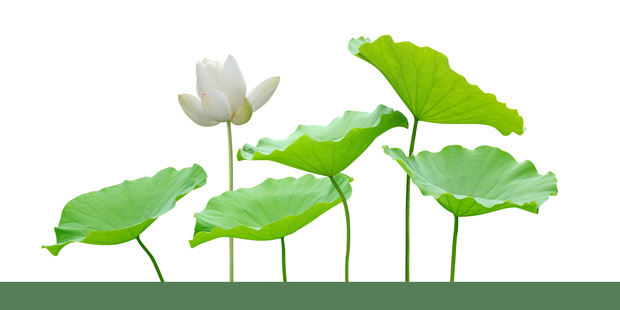 Visit our Make an Appointment page for contact information. Or, give us a call today! We look forward to talking with you.

This website uses cookies to improve your experience while you navigate through the website. Out of these cookies, the cookies that are categorized as necessary are stored on your browser as they are essential for the working of basic functionalities of the website. We also use third-party cookies that help us analyze and understand how you use this website. These cookies will be stored in your browser only with your consent. You also have the option to opt-out of these cookies. But opting out of some of these cookies may have an effect on your browsing experience.
Necessary Always Enabled
Necessary cookies are absolutely essential for the website to function properly. This category only includes cookies that ensures basic functionalities and security features of the website. These cookies do not store any personal information.
Non-necessary
Any cookies that may not be particularly necessary for the website to function and is used specifically to collect user personal data via analytics, ads, other embedded contents are termed as non-necessary cookies. It is mandatory to procure user consent prior to running these cookies on your website.
SAVE & ACCEPT
Go to Top