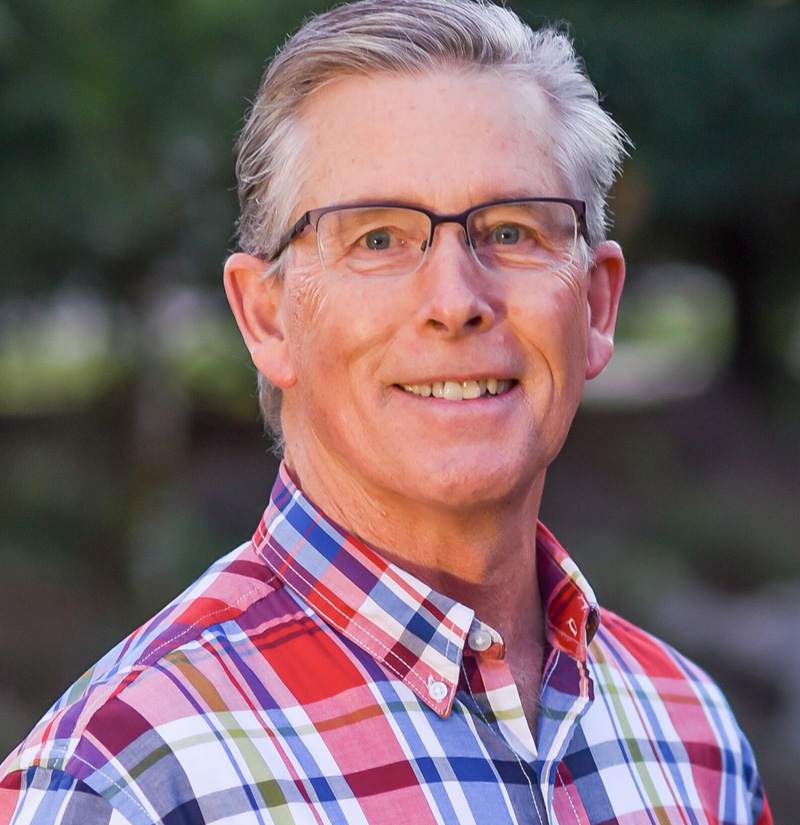 Dr. Ray Wilbur has been in private practice since 1984. He is a founding member of the Integrative Medical Clinic of Santa Rosa and a very active member on the team. He has actively served in a leadership capacity with the California Chiropractic Association since 1997, as Chairman of Ambassadors Committee with the Santa Rosa Chamber of Commerce, and has chaired the Health and Safety Programs with the local American Red Cross.

When chiropractic treatment is part of a sound overall lifestyle, you maximize your innate ability to be healthy. Chiropractic addresses the care and maintenance of the nerves, muscles, and joints in the body, an often overlooked aspect of health. The primary focus is on proper motion/function the spine and extremities. Dr. Wilbur emphasizes lifestyle strategies (food, movement, sleep) in order to obtain lasting results in the shortest time period. Dr. Wilbur uses a variety of techniques to determine what combination works best for the patient.

An initial session with Dr. Wilbur is typically 1 hour, and includes an orientation, patient history, and examination. Treatment is usually provided on the first day as well. X-rays are typically not required. In the vast majority of cases, the patient remains clothed for examination and treatment.

Dr. Wilbur utilizes numerous treatment techniques, one of which includes traditional osseous or “popping” type adjustments. Typically, treatment type will be dictated by the patient’s overall condition, response and preferences. Regardless of method, rarely is there any discomfort with treatment. Ideally, as part of treatment, there will be a discussion of factors that impact the need for care; e.g. improper sitting or sleeping causing increased treatment frequency.

I have been in private practice in Santa Rosa since 1984 and I am one of the founding practitioners of the original IMC team. Some volunteer and professional organizations I have participated in: The Northern California district of the California Chiropractic Association (including Director and Local President) for a period of 15 yrs.
Former Board Member of the Redwood Empire Chapter of the American Red Cross, having chaired the Health and Safety Committee. Former Chairman of the Ambassadors Committee with the Santa Rosa Chamber of Commerce.

I received my Doctor of Chiropractic and Bachelor of Science Degrees from the Los Angeles College of Chiropractic in 1983. My undergraduate education and AA degree are from College of Marin in Kentfield, 1980. I attended high school at Laguna Beach High School, my family’s hometown.

It was while living in Hawaii, that I first became interested in natural healing and philosophies. As long as I can remember, I loved the feeling of helping others.  The difficult part was figuring out what form this would take.  Instinctively, my hands seemed a vital part of the equation. At first I thought I would become an architect, earning two scholarships upon graduation that were never used.  I drove a truck, I worked for my family’s house painting business (before the military), and learned to fix cars as a way to stay in Hawaii.

But when I first received massage therapy from a friend and asked to be shown basic techniques so I could reciprocate, I realized I had found my niche, my calling.  Hands on therapy seemed to come naturally to me; I felt comfortable. So Hawaii was where I studied and helped teach Polarity Therapy seminars while also learning basic herbology, nutrition and various natural healing concepts.

It was not until I returned to California (Mill Valley) that I was introduced to Chiropractic through my best friend Dr. Richard Diamond. He helped me realize Chiropractic represented the perfect combination of health philosophy and hands-on approach.  It was just what I was looking for.  March of 2020 will mark 36 years in practice.  I plan to continue the privilege of helping others as long as my body allows!

Dr. Wilbur is an independent practitioner and sole proprietor of his own practice working at NIMCSR.

Visit our Make an Appointment page for contact information. Or, give us a call today! We look forward to talking with you.

This website uses cookies to improve your experience while you navigate through the website. Out of these cookies, the cookies that are categorized as necessary are stored on your browser as they are essential for the working of basic functionalities of the website. We also use third-party cookies that help us analyze and understand how you use this website. These cookies will be stored in your browser only with your consent. You also have the option to opt-out of these cookies. But opting out of some of these cookies may have an effect on your browsing experience.
Necessary Always Enabled
Necessary cookies are absolutely essential for the website to function properly. This category only includes cookies that ensures basic functionalities and security features of the website. These cookies do not store any personal information.
Non-necessary
Any cookies that may not be particularly necessary for the website to function and is used specifically to collect user personal data via analytics, ads, other embedded contents are termed as non-necessary cookies. It is mandatory to procure user consent prior to running these cookies on your website.
SAVE & ACCEPT
Go to Top